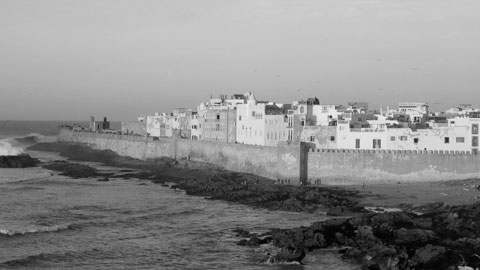 Interim Chief Executive Officer, Executive Director
Mr. Deacon is Chairman of Euro Pacific Canada, a full service IIROC registered brokerage firm headquartered in Toronto with offices in Montreal, Vancouver and Tokyo. He has over 35 years’ experience in the investment banking industry. Mr. Deacon has been involved as a director and/or officer in a number of domestic and international public and private companies during his career, including UTS Energy Corporation, Scandinavian Minerals Limited, and Deacon Barclays de Zoete Wedd Limited. Mr. Deacon is a former Chairman of the Investment Dealers Association of Canada and a former Governor of the Canadian Investor Protection Fund. In addition he has served as a member of the Listing Committee of the Toronto Stock Exchange. He holds a Bachelor of Arts degree from the University of Guelph.

Chief Financial Officer and Secretary
Martin is a Chartered Accountant by training having qualified with Pawley & Malyon, before joining KPMG where he gained audit experience in the Oil & Gas Sector. Martin is a Fellow of the ICAEW and also has a BSc (Hons) in Geography/Geology from the University of Wales, Aberystwyth. In 2008 he joined AIM listed Sterling Energy plc and held the role of Group Financial Controller from 2009 - 2011. He subsequently joined James Walker Group Limited in November 2011, a manufacturing Company, whose largest sector by sales is to the Oil & Gas sector. Martin joined PetroMaroc in September 2013 as Controller, and was appointed as Chief Financial Officer and Secretary in January 2014.

Vice President Commercial Development
Mr. Hamzaoui joined PetroMaroc in January 2012. He is responsible for advising and assisting the corporation on diverse issues in the areas of commercial activities including business development, joint venture management, the procurement of supplies and services. He previously worked at CIRANO, a think tank and consulting firm based in Montreal focused on economic and organisational modelling. Mr. Hamzaoui has a Grandes Ecoles engineering degree from Paristech- Arts et Metiers (France) and a M.Sc. Master’s degree from the Ecole Polytechnique Montreal (Canada) in Industrial Engineering.

Exploration Manager
Dr. Taki has 9 years of oil and gas industry experience as a petroleum geologist, including offshore and onshore operations geology, field mapping, geological studies, and hydrocarbon play generation.  Dr. Taki started his career in Cabre Maroc Limited as a well site geologist, and then he moved to Maghreb Petroleum Exploration as an exploration geologist for 6 years; he joined PetroMaroc in October 2012.  Dr. Taki holds a Doctorate in Geology from Ibn Tofeil University, Kenitra, Morocco.

Administrative Manager
Daniela joined PetroMaroc in May 2013. Ms. Radu has 18 years of experience in the oil and gas industry. She previously worked at Compagnie Générale de Géophysique (CGG) and Transatlantic Maroc Petroleum.  Ms. Radu has a Bachelor of Arts degree in French language and literature from the Rabat University in Morocco.

Senior Geologist
Mr. Euzen holds a Ph.D. in Geology from the University of Rennes (France) and started his career in the mining industry in Peru. He joined IFP Energies nouvelles in 1996, where during 10 years his research has mainly been focused on reservoir characterization through outcrop analog studies, 3-D static reservoir modeling and stratigraphic modeling. Since 2007, Mr. Euzen has been in charge of the geology at IFP Canada. In his current position, Mr. Euzen provides geological expertise to IFP Canada as well as to junior oil and gas companies and promotes and contributes to applied research projects in the oil and gas industry of western Canada.

Senior Geophysicist
Doug Pruden is a Calgary based geophysicist with 34 years of experience in the Western Canadian Sedimentary Basin (including tight gas and oil sands), Morocco, Australia, Peru, Syria, Kazakhstan, India, US, offshore East Coast Canada and the Canadian Arctic.  Mr. Pruden is a graduate from the University of Calgary and has worked for a number of large and small petroleum companies over his career.  For the last 15 years he has been in private consulting practice.  His operating philosophy is that the purpose of geophysical data is to understand the geology involved in the project at hand.  Mr. Pruden has expertise in seismic interpretation, modelling, survey design, seismic stratigraphy, structural interpretation, seismic attributes, multiple attribute analysis, strategic planning, data management, project management, education and mentoring.